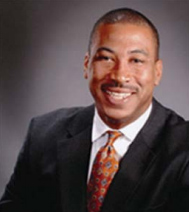 After an extensive career as a general surgeon, Dr. Jordan Garri- son decided to go out on his own and open “The Garrison Center for Healthy Living”. The initial plan was simple says Dr. Garrison, “offer the complete spectrum of services related to weight loss surgery”. Several months after opening its doors, The Garrison Center was caring for nearly 125 patients a month.

While it was much smaller than its operation today, initially, the busi- ness suffered from billing related performance issues. Its in-house billing staff and practice management system could not keep pace with Dr. Garrison’s expanding practice. “The in-house system was difficult to use and my two part time receptionists had little billing training”. The ineffective system led to claims processing errors, low reimbursement rates, and unreliable practice analysis tools.

In addition, Dr. Garrison’s growing patient population, combined with the myriad of constantly changing health plan billing rules, began to overwhelm his staff with billing related issues. “We were working hard to provide the best possible care, but not being properly paid for our hard work”, said Dr. Garrison. The combined effect ultimately led to lower net collections for the practice and an increase in his days in accounts receivable (DAR).

Dr. Garrison is not alone in his dilemma. A great number of practices suffer at the hands of antiquated PM systems and a complex and ever changing payer reimbursement system. It has become nearly impos- sible to keep track of all of the changes, exceptions, and cryptic codes needed to correctly bill insurance companies. One person, or even a team of people, could not manage the ever changing rules related to insurance billing.

Dr. Garrison was looking for a complete solution and didn’t want “to replace software with software. “I wanted a cost effective solution that was fundamentally different; something that could alleviate staff time from the billing nightmare, to better focus on patient care and business growth”, Garrison said. While discussing the situation with a colleague, he was referred to PGM.

PGM is a full service practice management and medical billing company. The practice management solution eliminates all charge entry and submission, payment posting, as well as patient billing and denial follow-up. PGM’s payer rule database is an ever expanding collection of real-time rules that alerts PGM staff of payer requirements during the process of submitting claims on behalf of its physician clients. For troublesome claims, PGM’s staff regularly follow-up to ensure prompt and accurate payment.

The PGM Decision Pays Off

“Prior to PGM, my staff spent a large portion of their time con- tacting insurance companies to follow-up on unpaid claims and to appeal denials”. PGM‘s payer rule database identified errors and omissions prior to claim submission. In addition to the rule database, a dedicated Account Representative with knowledge of the practice’s specialty does a visual review of all of Dr. Garrison’s claims prior to submission. The visual review helps to maximize revenue by iden- tifying the need for modifiers or verifying that procedure codes are listed in the correct order. These actions resulted in faster payments and fewer denials from insurance payers. In the first seven months, Dr Garrison’s collection as a percent of charges increased by 18% and his days in accounts receivable also improved significantly, drop- ping 33%. Dr Garrison pointed out, “By using PGM, not only did my receipts increase but I did not have to increase my expenses by hiring additional billing staff or worrying about the billing process continu- ing during employee absences. With PGM, I have access to a knowl- edgeable, competent staff”.

Thanks to PGMonline’s reporting function, Dr. Garrison finally has clear visibility into his practices performance. “For the first time, our operation is transparent. I am provided detailed reports that show me exactly what’s going on behind the scenes”, Dr. Garrison said. This al- lows Dr. Garrison to see what is working and what isn’t. This includes how quickly and accurately claims are filed, which claims are being underpaid, and which are his top payers and procedures. Dr. Garrison said another service that he finds invaluable is the data PGM provides regarding all aspects of the practice’s productivity. “This information alone gave me back a day or two each month, which I previously spent digging through records and spreadsheets in various systems.” His time, he said, is now spent in improving other areas of the practice.

Additionally, Dr. Garrison was impressed by PGM’s centrally-hosted billing and practice management software. “With PGMonline, I have a no hassle, easy to use system, that I can access from anywhere. I can run reports at the touch of a button from my home on a Sunday night.”

The staff’s reaction has also been very positive. With limited resourc- es and a growing patient population he and his staff now have more time to dedicate to patient care. When announcing the switch to PGM, Garrison assured all employees that no positions would be eliminat- ed, but he stressed that there would be changes in staff duties. These changes would allow his practice to focus patient satisfaction and growing the overall business.

PGM has a smooth, and efficient approach to implementation. My dedicated account representative was extremely knowledge- able about everything from improving my fee schedule to developing a list of fre- quently used procedure codes that could improve my payer reimbursement. PGM guided my office staff and I, through every step of the billing hand over.